The spreadsheet-centric database and no-code platform Airtable today announced that it has raised a $185 million Series D funding round, putting the company at a $2.585 billion post-money valuation.

Thrive Capital led the round, with additional funding by existing investors Benchmark, Coatue, Caffeinated Capital and CRV, as well as new investor D1 Capital. With this, Airtable, which says it now has 200,000 companies using its service, has raised a total of about $350 million. Current customers include Netflix, HBO, Condé Nast Entertainment, TIME, City of Los Angeles, MIT Media Lab and IBM.

In addition, the company is also launching one of its largest feature updates today, which start to execute on the company’s overall platform vision that goes beyond its current no-code capabilities and bring more low-code features, as well new automation (think IFTTT for Airtable) and data management tools to the service.

As Airtable founder and CEO Howie Liu told me, a number of investors approached the company since it raised its Series C round in 2018, in part because the market clearly realized the potential size of the low-code/no-code market.

“I think there’s this increasing market recognition that the space is real, and the spaces is very large […],” he told me. “While we didn’t strictly need the funding, it allowed us to continue to invest aggressively into furthering our platform, vision and really executing aggressively, […] without having to worry about, ‘well, what happens with COVID?’ There’s a lot of uncertainty, right? And I think even today there’s still a lot of uncertainty about what the next year will bear.”

Airtable’s Howie Liu to join us at Disrupt 2020

The company started opening the round a couple of months after the first shelter in place orders in California and for most investors, this was a purely digital process.

Liu has always been open about the fact that he wants to build this company for the long haul — especially after he sold his last company to Salesforce at an early stage. As a founder, that likely means he is trying to keep his stake in the company high, even as Airtable continues to raise more money. He argues, though, that more so than the legal and structural controls, being aligned with his investors is what matters most.

“I think actually, what’s more important in my view, is having philosophical alignment and expectations alignment with the investors,” he said. “Because I don’t want to be in a position where it comes down to a legal right or structural debate over the future of the company. That almost feels to me like the last resort where it’s already gotten to a place where things are ugly. I’d much rather be in a position where all the investors around the table, whether they have legal say or not, are fully aligned with what we’re trying to do with this business.”

Just as important as the new funding though, are the various new features the company is launching today. Maybe the most important of these is Airtable Apps. Previously, Airtable users could use pre-built blocks to add maps, Gantt charts and other features to their tables. But while being a no-code service surely helped Airtable’s users get started, there’s always an inevitable point where the pre-built functionality just isn’t enough and users need more custom tools (Liu calls this an escape valve). So with Airtable Apps, more sophisticated users can now build additional functionality in JavaScript — and if they choose to do so, they can then share those new capabilities with other users in the new Airtable Marketplace.

“You may or may not need an escape valve and obviously, we’ve gotten this far with 200,000 organizations using Airtable without that kind of escape valve,” he noted. “But I think that we open up a lot more use cases when you can say, well, Airtable by itself is 99% there, but that last 1% is make or break. You need it. And then, just having that outlet and making it much more leveraged to build that use case on Airtable with 1% effort, rather than building the full-stack application as a custom built application is all the difference.” 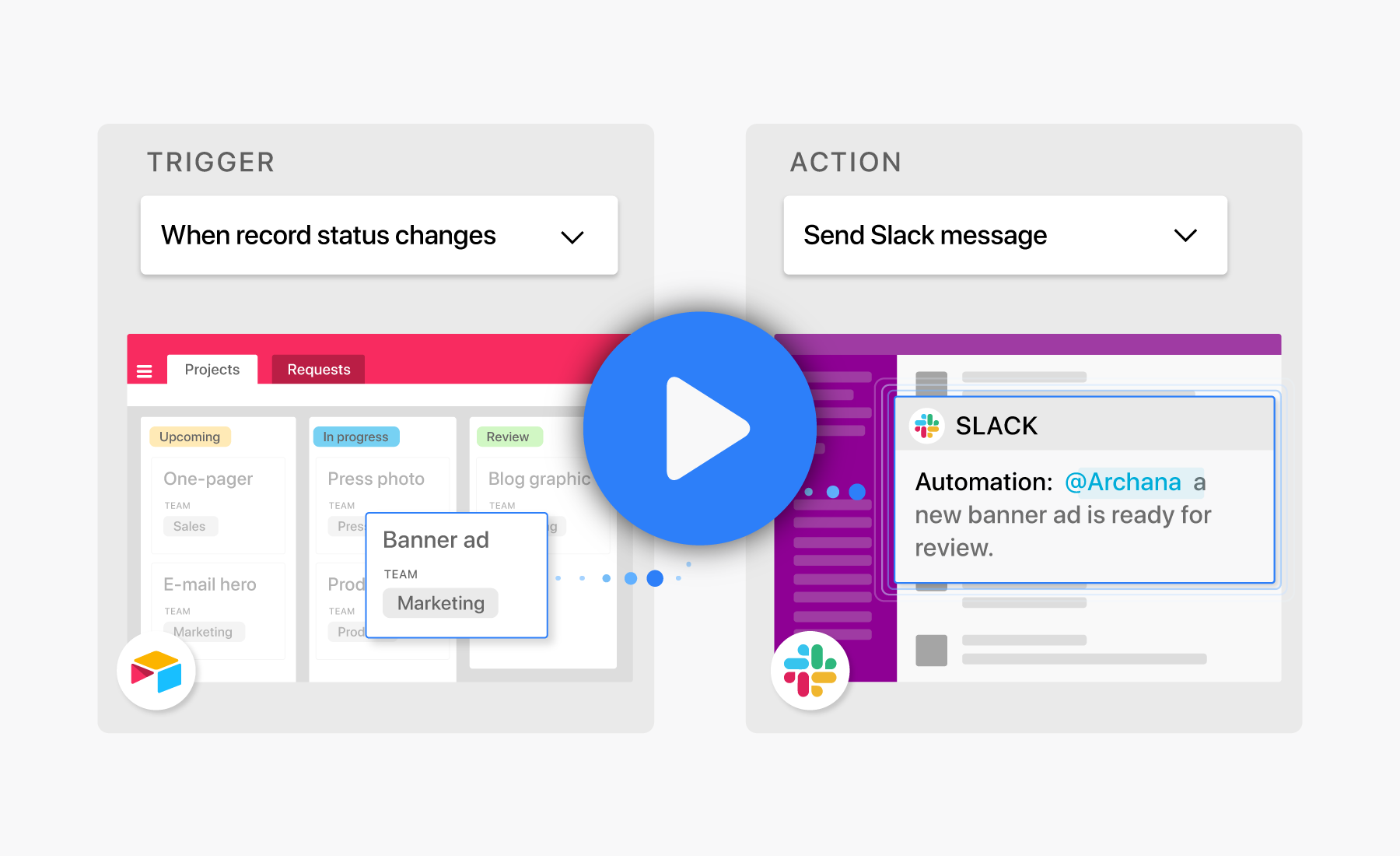 The other major new feature is Airtable Automations. With this, you can build custom, automated workflows to generate reports or perform other repetitive steps. You can do a lot of that through the service’s graphical interface or use JavaScript to build you own custom flows and integrations, too. For now, this feature is available for free, but the team is looking into how to charge for it over time, given that these automated flows may become costly if you run them often.

The last new feature is Airtable Sync. With this, teams can more easily share data across an organization, while also providing controls for who can see what. “The goal is to enable people who built software with Airtable to make that software interconnected and to be able to share a source of truth table between different instances of our tables,” Liu explained. 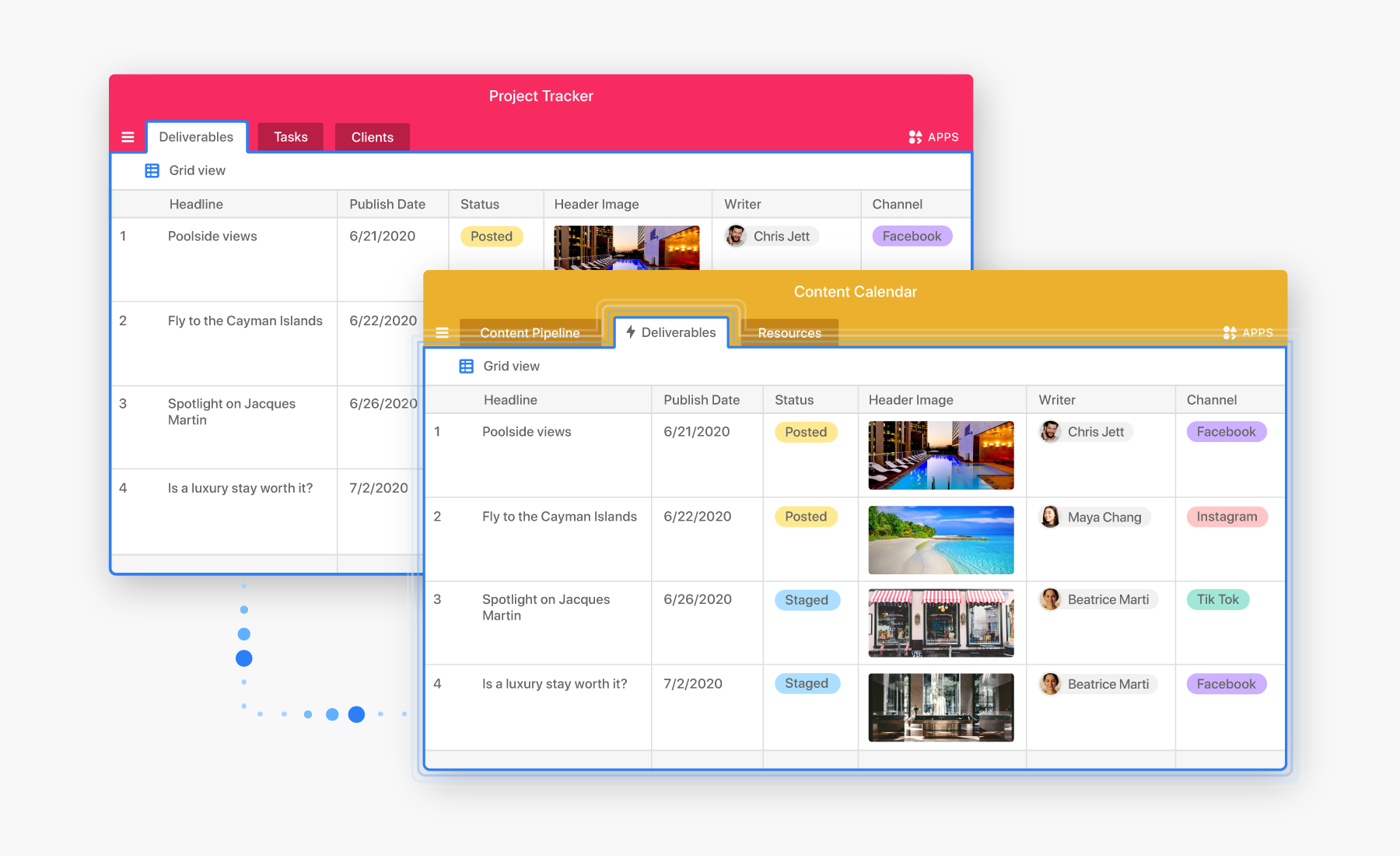 Airtable, maker of a coding platform for non-techies, raises $100M at a $1.1B valuation