Menu
Checkly raises $2.25M seed round for its monitoring and testing platform

Checkly, a Berlin-based startup that is developing a monitoring and testing platform for DevOps teams, today announced that it has raised a $2.25 million seed round led by Accel. A number of angel investors, including Instana CEO Mirko Novakovic, Zeit CEO Guillermo Rauch and former Twilio CTO Ott Kaukver, also participated in this round.

The company’s SaaS platform allows developers to monitor their API endpoints and web apps — and it obviously alerts you when something goes awry. The transaction monitoring tool makes it easy to regularly test interactions with front-end websites without having to actually write any code. The test software is based on Google’s open-source Puppeteer framework and to build its commercial platform, Checkly also developed Puppeteer Recorder for creating these end-to-end testing scripts in a low-code tool that developers access through a Chrome extension.

The team believes that it’s the combination of end-to-end testing and active monitoring, as well as its focus on modern DevOps teams, that makes Checkly stand out in what is already a pretty crowded market for monitoring tools. 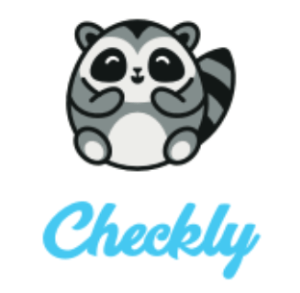 “As a customer in the monitoring market, I thought it had long been stuck in the 90s and I needed a tool that could support teams in JavaScript and work for all the different roles within a DevOps team. I set out to build it, quickly realizing that testing was equally important to address,” said Tim Nolet, who founded the company in 2018. “At Checkly, we’ve created a market-defining tool that our customers have been demanding, and we’ve already seen strong traction through word of mouth. We’re delighted to partner with Accel on building out our vision to become the active reliability platform for DevOps teams.”

Nolet’s co-founders are Hannes Lenke, who founded TestObject (which was later acquired by Sauce Labs), and Timo Euteneuer, who was previously Director Sales EMEA at Sauce Labs.

Tthe company says that it currently has about 125 paying customers who run about 1 million checks per day on its platform. Pricing for its services starts at $7 per month for individual developers, with plans for small teams starting at $29 per month.