At its (virtual) Kong Summit 2020, API platform Kong today announced the launch of Kong Konnect, its managed end-to-end cloud-native connectivity platform. The idea here is to give businesses a single service that allows them to manage the connectivity between their APIs and microservices and help developers and operators manage their workflows across Kong’s API Gateway, Kubernetes Ingress and King Service Mesh runtimes.

“It’s a universal control plane delivery cloud that’s consumption-based, where you can manage and orchestrate API gateway runtime, service mesh runtime, and Kubernetes Ingress controller runtime — and even Insomnia for design — all from one platform,” Kong CEO and co-founder Augusto ‘Aghi’ Marietti told me.

The new service is now in private beta and will become generally available in early 2021.

At the core of the platform is Kong’s new so-called ServiceHub, which provides that single pane of glass for managing a company’s services across the organization (and make them accessible across teams, too).

As Marietti noted, organizations can choose which runtime they want to use and purchase only those capabilities of the service that they currently need. The platform also includes built-in monitoring tools and supports any cloud, Kubernetes provider or on-premises environment, as long as they are Kubernetes-based.

The idea here, too, is to make all these tools accessible to developers and not just architects and operators. “I think that’s a key advantage, too,” Marietti said. “We are lowering the barrier by making a connectivity technology easier to be used by the 50 million developers — not just by the architects that were doing big grand plans at a large company.”

To do this, Konnect will be available as a self-service platform, reducing the friction of adopting the service. 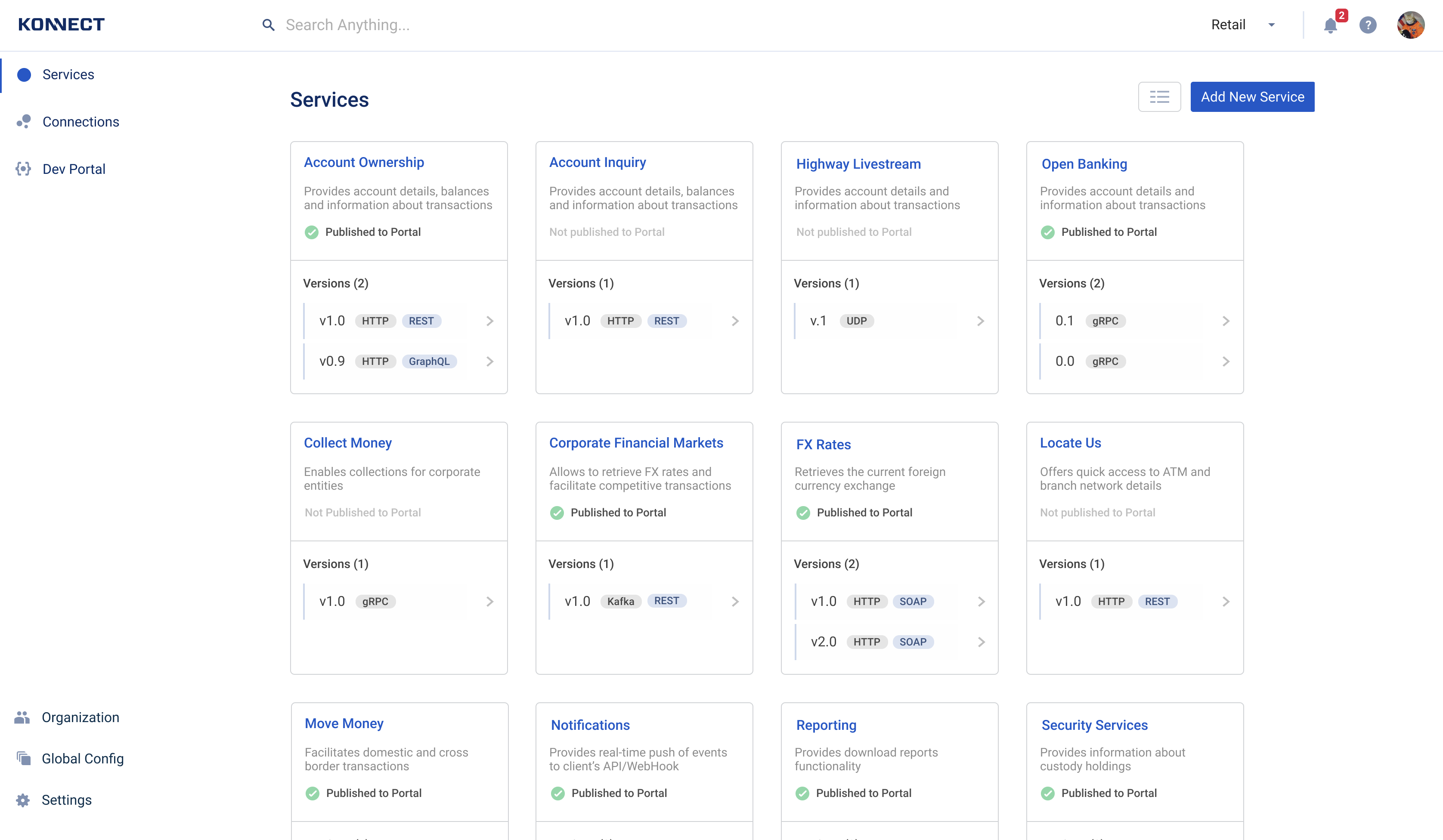 This is also part of the company’s grander plan to go beyond its core API management services. Those services aren’t going away, but they are now part of the larger Kong platform. With its open-source Kong API Gateway, the company built the pathway to get to this point, but that’s a stable product now and it’s now clearly expanding beyond that with this cloud connectivity play that takes the company’s existing runtimes and combines them to provide a more comprehensive service.

“We have upgraded the vision of really becoming an end-to-end cloud connectivity company,” Marietti said. “Whether that’s API management or Kubernetes Ingress, […] or Kuma Service Mesh. It’s about connectivity problems. And so the company uplifted that solution to the enterprise.”