Mirantis today announced that it has acquired Docker’s Enterprise business and team. Docker Enterprise was very much the heart of Docker’s product lineup, so this sale leaves Docker as a shell of its former, high-flying unicorn self. Docker itself, which installed a new CEO earlier this year, says it will continue to focus on tools that will advance developers’ workflows. Mirantis will keep the Docker Enterprise brand alive, though, which will surely not create any confusion.

With this deal, Mirantis is acquiring Docker Enterprise Technology Platform and all associated IP: Docker Enterprise Engine, Docker Trusted Registry, Docker Unified Control Plane and Docker CLI. It will also inherit all Docker Enterprise customers and contracts, as well as its strategic technology alliances and partner programs. Docker and Mirantis say they will both continue to work on the Docker platform’s open-source pieces.

The companies did not disclose the price of the acquisition, but it’s surely nowhere near Docker’s valuation during any of its last funding rounds. Indeed, it’s no secret that Docker’s fortunes changed quite a bit over the years, from leading the container revolution to becoming somewhat of an afterthought after Google open-sourced Kubernetes and the rest of the industry coalesced around it. It still had a healthy enterprise business, though, with plenty of large customers among the large enterprises. The company says about a third of Fortune 100 and a fifth of Global 500 companies use Docker Enterprise, which is a statistic most companies would love to be able to highlight — and which makes this sale a bit puzzling from Docker’s side, unless the company assumed that few of these customers were going to continue to bet on its technology.

Update: for reasons only known to Docker’s communications team, we weren’t told about this beforehand, but the company also today announced that it has raised a $35 million funding round from Benchmark. This doesn’t change the overall gist of the story below, but it does highlight the company’s new direction.

Here is what Docker itself had to say. “Docker is ushering in a new era with a return to our roots by focusing on advancing developers’ workflows when building, sharing and running modern applications. As part of this refocus, Mirantis announced it has acquired the Docker Enterprise platform business,” Docker said in a statement when asked about this change. “Moving forward, we will expand Docker Desktop and Docker Hub’s roles in the developer workflow for modern apps. Specifically, we are investing in expanding our cloud services to enable developers to quickly discover technologies for use when building applications, to easily share these apps with teammates and the community, and to run apps frictionlessly on any Kubernetes endpoint, whether locally or in the cloud.”

Mirantis itself, too, went through its ups and downs. While it started as a well-funded OpenStack distribution, today’s Mirantis focuses on offering a Kubernetes-centric on-premises cloud platform and application delivery. As the company’s CEO Adrian Ionel told me ahead of today’s announcement, today is possibly the most important day for the company.

So what will Mirantis do with Docker Enterprise? “Docker Enterprise is absolutely aligned and an accelerator of the direction that we were already on,” Ionel told me. “We were very much moving towards Kubernetes and containers aimed at multi-cloud and hybrid and edge use cases, with these goals to deliver a consistent experience to developers on any infrastructure anywhere — public clouds, hybrid clouds, multi-cloud and edge use cases — and make it very easy, on-demand, and remove any operational concerns or burdens for developers or infrastructure owners.” 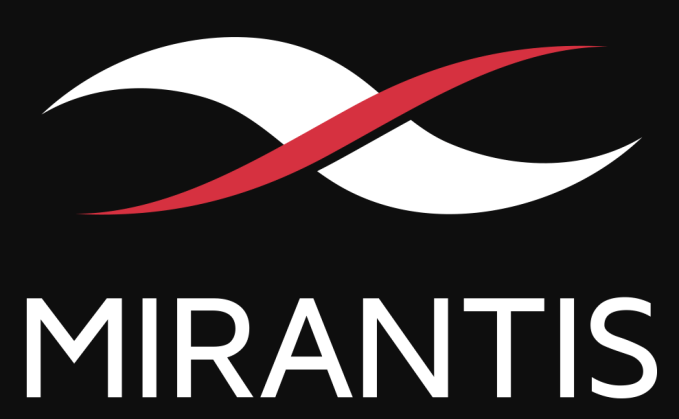 Mirantis previously had about 450 employees. With this acquisition, it gains another 300 former Docker employees that it needs to integrate into its organization. Docker’s field marketing and sales teams will remain separate for some time, though, Ionel said, before they will be integrated. “Our most important goal is to create no disruptions for customers,” he noted. “So we’ll maintain an excellent customer experience, while at the same time bringing the teams together.”

This also means that for current Docker Enterprise customers, nothing will change in the near future. Mirantis says that it will accelerate the development of the product and merge its Kubernetes and lifecycle management technology into it. Over time, it will also offer a managed services solutions for Docker Enterprise.

While there is already some overlap between Mirantis’ and Docker Enterprise’s customer base, Mirantis will pick up about 700 new enterprise customers with this acquisition.

With this, Ionel argues, Mirantis is positioned to go up against large players like VMware and IBM/Red Hat. “We are the one real cloud-native player with meaningful scale to provide an alternative to them without lock-in into a legacy or existing technology stack.”

While this is clearly a day the Mirantis team is celebrating, it’s hard not to look at this as the end of an era for Docker, too. The company says it will share more about its future plans today, but didn’t make any spokespeople available ahead of this announcement.