French startup Stonly wants to empower users so that they can solve their issues by themselves. Instead of relying on customer support agents, Stonly wants to surface relevant content so that you can understand and solve issues.

“I’m trying to take the opposite stance of chatbots,” founder and CEO Alexis Fogel told me. “The issue [with chatbots] is that technology is not good enough and you often end up searching through the help center.”

If you’re in charge of support for a big enough service, chances are your customers often face the same issues. Many companies have built help centers with lengthy articles. But most customers won’t scroll through those pages when they face an issue.

That’s why Stonly thinks you need to make this experience more interactive. The service lets you create scripted guides with multiple questions to make this process less intimidating. Some big companies have built question-based help centers, but Stonly wants to give tools to small companies so that they can build their own scenarios.

A Stonly module is basically a widget that you can embed on any page or blog. It works like a deck of slides with buttons to jump to the relevant slide. Companies can create guides in the back end without writing a single line of code. You can add an image, a video and some code to each slide.

At any time, you can see a flowchart of your guide to check that everything works as expected. You can translate your guides in multiple languages as well.

Once you’re done and the module is live, you can look back at your guides and see how you can improve them. Stonly lets you see if users spend more time on a step, close the tab and drop in the middle of the guide, test multiple versions of the same guide, etc.

But the startup goes one step further by integrating directly with popular support services, such as Zendesk and Intercom. For instance, if a user contacts customer support after checking a Stonly guide, you can see in Zendesk what they were looking at. Or you can integrate Stonly in your Intercom chat module. 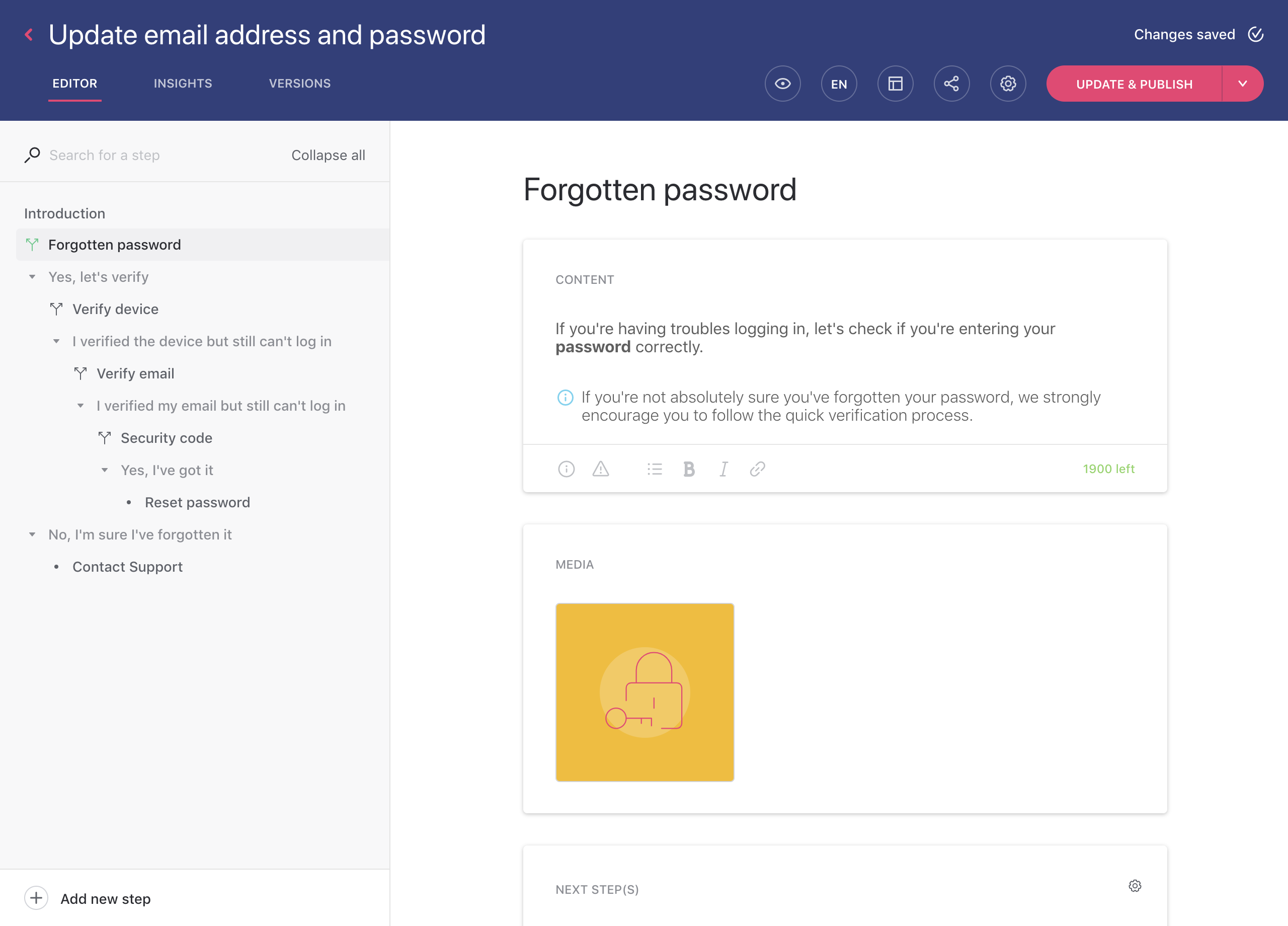 As expected, a service like Stonly can help you save on customer support. If users can solve their own issues, you need a smaller customer support team. But that’s not all.

Password manager company Dashlane is a good example of that. Fogel previously co-founded Dashlane before starting Stonly. And it’s one of Stonly’s first clients.

“Dashlane is a very addictive product, but the main issue is that you want to help people get started,” he said. It’s true that it can be hard to grasp how you’re supposed to use a password manager if you’ve never used one in the past. So the onboarding experience is key with this kind of products.

Stonly is free if you want to play with the product and build public guides. But if you want to create private guides and access advanced features, the company has a Pro plan ($30 per month) and a Team plan (starting at $100 per month with bigger bills as you add more people to your team and use the product more extensively).

The company has tested its product with a handful of clients, such as Dashlane, Devialet, Happn and Malt. The startup has raised an undisclosed seed round from Eduardo Ronzano, Thibaud Elzière, Nicolas Steegmann, Renaud Visage and PeopleDoc co-founders. And Stonly is currently part of the Zendesk incubator at Station F.