We need to go hands-off in the age of coronavirus. That means touching fewer doors, elevators, and sign-in iPads. But once a building is using phone-based identity for security, there’s opportunities to speed up access to WIFI networks and printers, or personalize conference rooms and video call set-ups. Keyless office entry startup Proxy wants to deliver all of this while keeping your phone in your pocket.

“The door is just a starting point” Proxy co-founder and CEO Denis Mars tells me. “We’re . . . empowering a movement to take back control of our privacy, our sense of self, our humanity, our individuality.”

The raise brings Proxy to $58.8 million in funding so it can staff up at offices across the world and speed up deployments of its door sensor hardware and access control software. “We’re spread thin” says Mars. “Part of this funding is to try to grow up as quickly as possible and not grow for growth sake. We’re making sure we’re secure, meeting all the privacy requirements.”

How does Proxy work? Employers get their staff to install an app that knows their identity within the company, including when and where they’re allowed entry. Buildings install Proxy’s signal readers, which can either integrate with existing access control software or the startup’s own management dashboard.

Employees can then open doors, elevators, turnstiles, and garages with a Bluetooth low-energy signal without having to even take their phone out. Bosses can also opt to require a facial scan or fingerprint or a wave of the phone near the sensor. Existing keycards and fobs still work with Proxy’s Pro readers. Proxy costs about $300 to $350 per reader, plus installation and a $30 per month per reader subscription to its management software.

Now the company is expanding access to devices once you’re already in the building thanks to its SDK and APIs. Wifi router-makers are starting to pre-provision their hardware to automatically connect the phones of employees or temporarily allow registered guests with Proxy installed — no need for passwords written on whiteboards. Its new Nano sensors can also be hooked up to printers and vending machines to verify access or charge expense accounts. And food delivery companies can add the Proxy SDK so couriers can be granted the momentary ability to open doors when they arrive with lunch.

Rather than just indiscriminately beaming your identity out into the world, Proxy uses tokenized credentials so only its sensors know who you are. Users have to approve of new networks’ ability to read their tokens, Proxy has SOC-2 security audit certification, and complies with GDPR. “We feel very strongly about where the biometrics are stored . . . they should stay on your phone” says Mars.

Yet despite integrating with the technology for two-factor entry unlocks, Mars says “We’re not big fans of facial recognition. You don’t want every random company having your face in their database. The face becomes the password you were supposed to change every 30 days.” 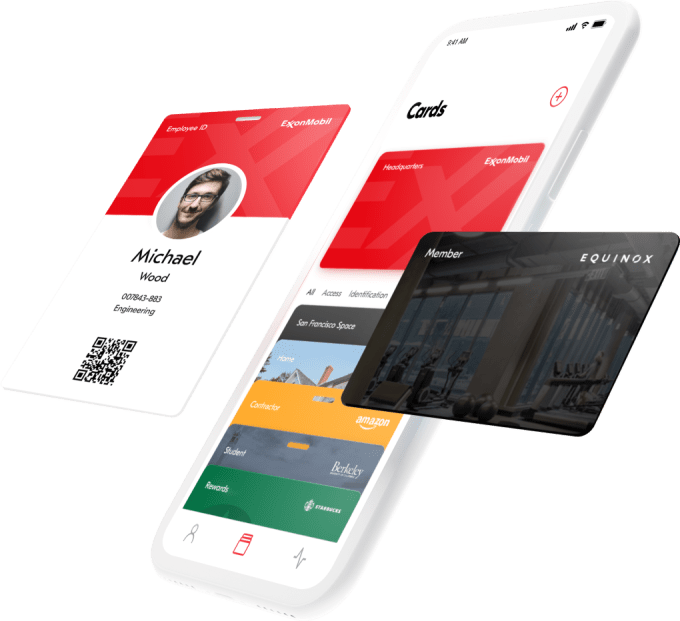 Keeping your data and identity safe as we see an explosion of Internet Of Things devices was actually the impetus for starting Proxy. Mars had sold his teleconferencing startup Bitplay to Jive Software where he met his eventually co-founder Simon Ratner, who’d joined after his video annotation startup  Omnisio was acquired by YouTube. Mars was frustrated about every IoT lightbulb and appliance wanting him to download an app, set up a profile, and give it his data.

The duo founded Proxy in 2013 as a universal identity signal. Today it has over 60 customers. While other apps want you to constantly open them, Proxy’s purpose is to work silently in the background and make people more productive. “We believe the most important technologies in the world don’t seek your attention. They work for you, they empower you, and they get out of the way so you can focus your attention on what matters most — living your life.”

Now Proxy could actually help save lives. “The nature of our product is contactless interactions in commercial buildings and workplaces so there’s a bit of an unintended benefit that helps prevent the spread of the virus” Mars explains. “We have seen an uptick in customers starting to set doors and other experiences in longer-range hands-free mode so that users can walk up to an automated door and not have to touch the handles or badge/reader every time.” 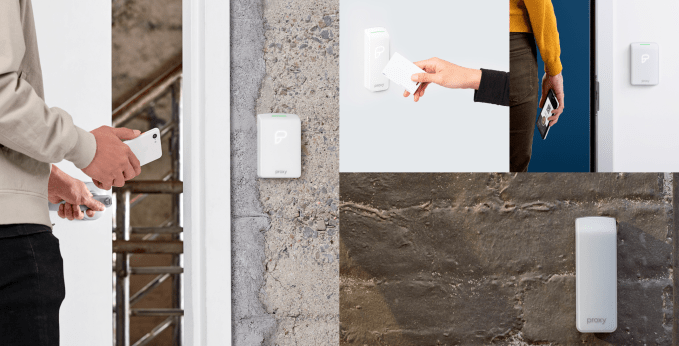 The big challenge facing Proxy is maintaining security and dependability since it’s a mission-critical business. A bug or outage could potentially lock employees out of their workplace (when they eventually return from quarantine). It will have to keep hackers out of employee files. Proxy needs to stay ahead of access control incumbents like ADT and Honeywell as well as smaller direct competitors like $10 million-funded Nexkey and $28 million-funded Openpath.

Luckily, Proxy has found a powerful growth flywheel. First an office in a big building gets set up, then they convince the real estate manager to equip the lobby’s turnstiles and elevators with Proxy. Other tenants in the building start to use it, so they buy Proxy for their office. Then they get their offices in other cities on board…starting the flywheel again. That’s why Proxy is doubling down on sales to commercial real estate owners.

The question is when Proxy will start knocking on consumers’ doors. While leveling up into the enterprise access control software business might be tough for home smartlock companies like August, Proxy could go down market if it built more physical lock hardware. Perhaps we’ll start to get smart homes that know who’s home, and stop having to carry pointy metal sticks in our pockets.